Hi, guys, this is Ashutosh here and today we will discuss “Who will be the winner of IPL 2019?” .If Cricket is religion in India then IPL is the festival in India. Every Year in IPL we were seeing full of entertainment, cricket with controversy and etc. In 2018 lots of cricket experts were saying that either KKR or SRH will win this IPL they were not with the CSK because according to him, you canton win any t20 league without youngster’s but they were wrong CSK had Won after getting the ban of 2 years.

But apart from that All teams are looking good but if I have to pick just one team then it will be a very tough situation for me but if we judge by overall performance than KKR will the favorite this year to win the IPL 2019 because they had lost just a one game and that game was on till the super over in that game they had a very strong come back with Prithwi Shaw wicket and they had almost won that game. But demerits with KKR is they are dependent on Russel in all of the game they had won Russel had played a very important role in comparison of all another player. So a single player can help you to win 2, 3, or 4 games not the IPL. So if KKR has to maintain their flow other player have to join Russel in the party.

The 2nd favorites will be the  MI.  As you all know that mi had won their first title in 2013 2nd in 2015 3rd in 2017. Means they had won all their IPL alternate year so according to my superstitious that maybe this year mi will win their 4th title in 2019.

CHECK WHAT NDTV ARE SAYING HERE

The 3rd favorites will be my Sunrisers Hyderabad, undoubtedly because it has the most destructive openers likes of Warner and Bairstow. Warner who is returning to competitive format of cricket after 1 year and desperate to prove himself.  Warner wants to prove himself to get the place in an upcoming ICC world cup.

Another reason Sunrisers can win the IPL title for the second time is their bowling unit. Which includes Rashid Khan, Bhuvneshwar Kumar, Nabi, Sandeep Sharma, Siddharth Kaul. Who all wanted the place in World Cup squad, are trying to give their best.

The only concern with SRH is their middle order. Middle Order not letting me to say that they will win the IPL. I am not saying that they don’t have potential in the middle order. But batsman like Manish, Yusuf, Hooda is not firing from a long time. Only Vijay Shankar has done justice to some extent and lived up to his potential. 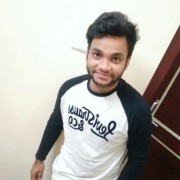